Wildlife, beaches, ruins, Mt Kilimanjaro, friendly people, fascinating cultures, the Great Rift valley… Tanzania has a lot to offer, but for a change, let us look at the downside of this sparkling country. Let us look at the reality, which unfortunately often is neglected.

My motivation to study in Tanzania at the “College of African Wildlife Management” was my interest in Wildlife management and also the idea of working in development aid. I was the first exchange student to join the college. It was challenging, but I gained a lot of experience. In class we got told all the latest theories about adaptive management, stakeholder participation, and the importance of social science. But it seemed as if they were just telling us these Western theories without any implication to Africa, not adapting these theories in practise, simply promoting them emptily. What was much more interesting, was talking to my classmates who have been working as Park Rangers in the field, for 10-20 years. They told me the reality of what is happening out in the wild. At first I thought they were exaggerating. But the more stories I heard from different people, the more research I did, it was clear that there is war between poachers and rangers. In Selous game reserve (the largest protected area of whole Tanzania) 25’000 Elephants (66% of population) were poached between 2009 and 2013. How can one kill two thirds of a population without anybody taking action?

So I asked a friend of mine, who is an intelligence officer: what is happening? The core problem is corruption. The problem is that even if the park rangers catch a poacher 80% of the accused will not be convicted, because they have connections to some certain important person working in an influential position. The rangers are disappointed by the poor justice system, so the tendency towards “bush courts” is increasing. Meaning they will take care that a poacher won’t reach home; either by chasing the person to the crocodiles or shooting them. Sometimes the poachers are taken to a back-office to be tortured with snakes, faeces and other methods, often to gain more information about the case and people involved. It is crazy what is done to keep up Tanzania’s tourism sector. 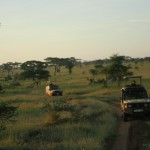 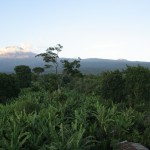 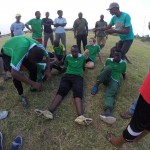 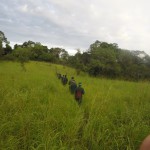 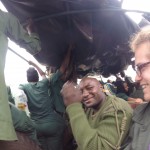 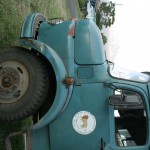 On the black market in Asia 1kg of Ivory costs 3000 US$, while the price in Tanzania is approximately 100 US$. The poachers are putting their lives at risk while hardly gaining anything from the deal. The poachers involved often come from rural areas, thus hardly having any job alternatives. The tragedy of this story is that park rangers are trying their best to do their jobs well, but in point of fact they are not solving any problems. Instead of fighting the cause of the problem (the high demand in Asia) they are fighting the effects. So the most important part is to set up a juridical system which isn’t corrupted. It sounds like the impossible. How about one invests all the development aid into setting up stable governments! Wouldn’t this be finally facing the cause of the problem instead of just the effects?