Magic Powder in the Sky – Tromso

Four months beyond the polar circle. Three of which without seeing the sun whatsoever. All that compensated by the marvellous Arctic shine, the magic powder spread in the sky. You can never get enough of northern lights.

The decision to take the gap year was pretty hard for me to make. Studying medicine is very demanding, I just felt I needed a break. Travelling is my first and biggest love, so it was not a surprise that the first thing I did, after getting the approval of taking the year off from my university, was booking a flight ticket.

Why Norway? It’s said to have one of the most stunning landscapes in the world,  truly spectacular nature with mountains plunging into the sea from hundreds of metres, fjords, tall mountain peaks and northern lights. The beauty of its nature was a reason good enough. 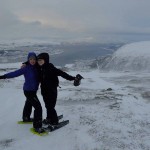 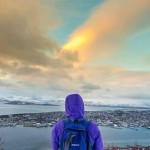 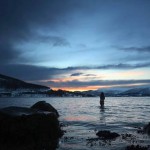 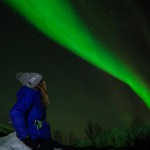 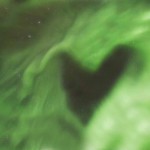 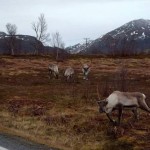 Everything went quickly. I sent tons of cvs and got a job. The next day I was sitting in a plane heading to Tromsø. The only thing I knew about the area was that it’s considered to be one of the best places in the world to see the northern lights and that it’s located almost 400km north of the Arctic Circle.

The only thing I knew about Tromso was that it is among the best places to see northern lights.

My job was like a dream – meeting people from all around the world, showing them the beauty of the Arctic shine and making their memories stay with them in pictures. I’ll never forget the feeling of pure amazement when I saw the aurora for the very first time. For me, it’ll never stop being a mystical magic powder spread in the sky. It’s hard to believe it’s a natural phenomena, easily explained with physics.

It’s not only the northern lights that Tromsø has in offer, far from that. It’s a paradise for winter sports lovers. You can do kayaking, scuba diving, top touring, snowboarding, hiking, paragliding, whale watching or just simply having a cup of black coffee with Norwegians while enjoying the fantastic landscape.