Electricity comes out of the plug – and from wind (Pangaea Meeting)

We charge our phones with it, it fuels the light bulbs and runs complex computer systems – shortly, electricity has become an indispensible part of our lives! We take it for granted, and we wonder about it solely when it is gone. But, where does our electricity come from?

The vast majority of energy is supplied by coal-, oil-, gas- and nuclear power plants. But, the Pangaea Project invited in the beginning of June interested youth to find out more about renewable energy, its chances, challenges, and development. We visited one of the Netherlands’ largest wind parks close to the city of Groningen. Two great speakers talked and discussed wind energy with us.

Did you know that today one windmill can provide up to 5000 households with electricity? And after three months they have produced all energy they cost. Windmills have become much more efficient and nowadays reach up to 135m in height and can produce more than 8 MW/h. Their “heads” turn according to the wind direction. Especially the Netherlands has a long history of wind energy. However, in the past people found the picturesque mills disturbing, big and monstrous. This is something we again encounter now. “Not in my backyard” – most residents oppose the construction of wind parks in their vicinity. Mostly, they are concerned with the noise. The project developer Martine told us in her presentation that she works hard to oppose these concerns.

And it is hard work. The European Union wants to reach its goal to have in 2020 twenty per cent of its energy supply from renewable sources. Slowly, the political support is changing from large fossil fueled power plants to decentralized renewable sources. However, with our current consumption windmills, solar panels and water power can hardly cover the demand. Additionally, there are problems with the storage of electricity as the wind cannot be ordered and its energy is not always needed. Thus, the concept of “Smart Grid” has been created which tries to integrate fluctuating supply and demand, for example with electric cars charging when the wind parks produce most electricity.

It is time to think outside the box and be creative and innovative! Couldn’t everyone produce a bit of energy with a small wind turbine, a home trainer, warmth, etc.? Is there a system to “unplug” all machines and tools when they are not used? It is our task to answer these and more questions.

This visit to our energy supply made us think gave food for thought. 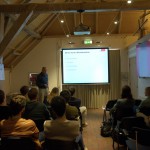 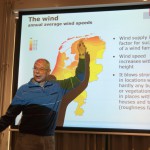 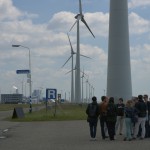 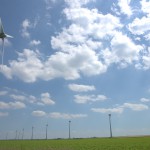 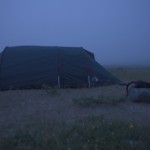 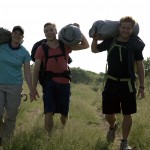 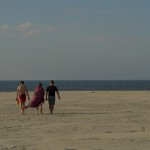 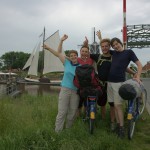 The following days a smaller fraction of Pangaea members headed off to explore the surroundings of the Northern Netherlands. We kajaked to a nearby lake and camped on an island with hoards of mosquitoes. We also biked to the North Sea, passed the many canals, sheep herds, dikes and windmills (the old ones). We transversed by ferry to the island Schiermonnikoog where we again set up tent on a deserted beach in the dunes. We were alone, except for many different species of birds, the fog and the waves. We had a great time, bonded and shared ideas about Pangaea, the environment and our future.