Campus In the Heart of African Jungle: A New Game-Changer in the Congo Basin

Home > Allgemein > Campus In the Heart of African Jungle: A New Game-Changer in the Congo Basin

The Congo Basin is the second largest tropical rainforest and biodiversity hotspot in the world after the Amazonia. Covering an area of 3.7 million square kilometers, the tropical rainforest locates in several central African countries including Cameroon, the Republic of Congo, the Democratic Republic of Congo, South Sudan, and the Central African Republic. It is renowned as the home of gorillas, chimpanzees, forest elephants, mandrills, Tarzan, and mokele-mbembe — a mythical creature that claimed to be a surviving sauropod dinosaur. Moreover, Congo Basin is home to the forest people such as the Bakas and the Mbuti, who have been dwelling in this region for more than 40,000 years. On the other hand, the region is also the cradle of some of the most pestilent infectious diseases in the 20th Century such as HIV and Ebola. Despite its vital scientific and cultural values, researches in the region are relatively limited comparing to the Amazon and Borneo due to political turbulences in recent decades. 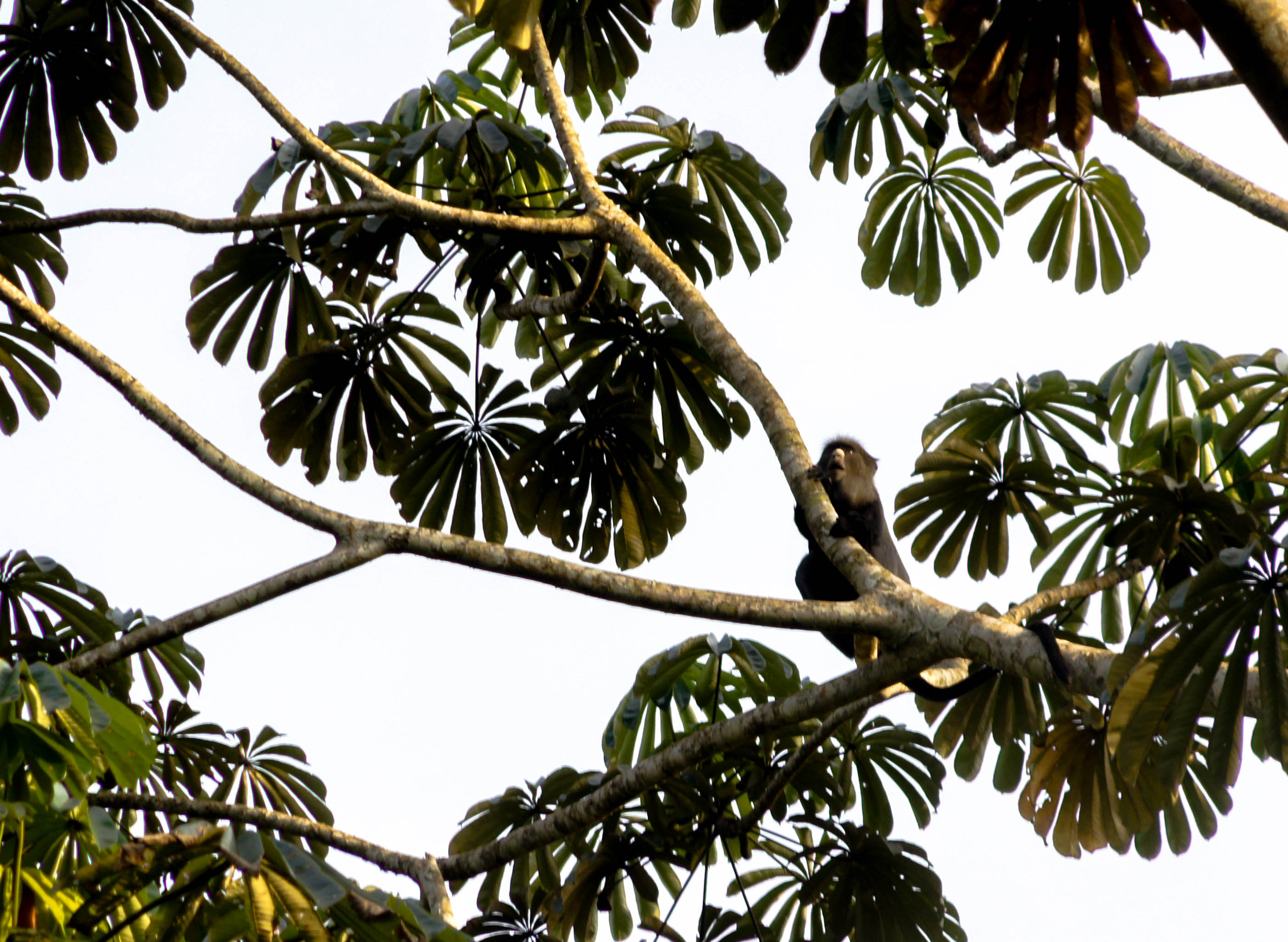 During the senior year in my university life, I joined a field biology research program in the Dja Faunal Reserve — an integral part of the Congo Basin— in Cameroon through the Congo Basin Institute (CBI) at the University of California, Los Angeles (UCLA). Inscribed as an UNESCO heritage site in 1987, the Dja Faunal Reserve is one of the largest and well-protected rainforests in Africa. We designed and conducted multitude of ecological research projects — from studying termite-raiding ant predatory behavior to surveying frugivorous biodiversity in the African rainforest— at the recently rebuilt Bouamir Research Station in the heart of Dja Reserve. The station is approximately 30km from the closest village, Somalomo. In order to reach the field station, we started the strenuous trek before first light in the morning and spent a whole day penetrating through the dense tropical vegetation. The arduous journey was soon proved to be worthwhile when we started exploring around our research station. 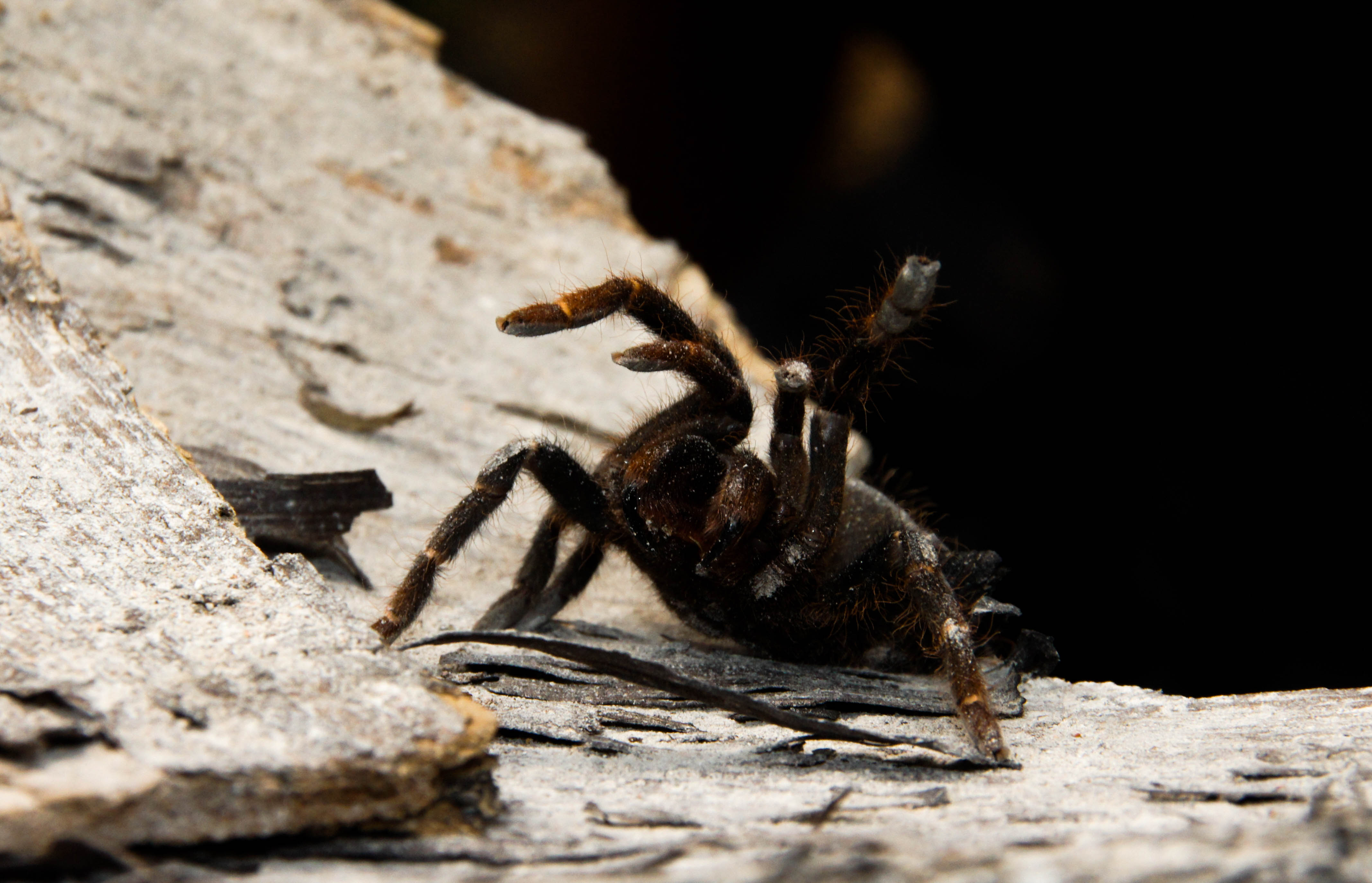 There were countless thrilling wildlife encounters: we woke up with gorilla screams; buffalos stared at us when we walked back to our camp; a Baka guide found a deadly boomslang snake during shower; a Peter’s duiker almost hit me when I was working on my researches. In addition, we spotted some elusive nocturnal primates such as potto and bushbabies at night and had an occasional spot-nose monkey visitor in our field station. Those breath-taking experiences brought me closer to the wildlife than any of my researches and classes on campus as an ecology and evolutionary biology student. 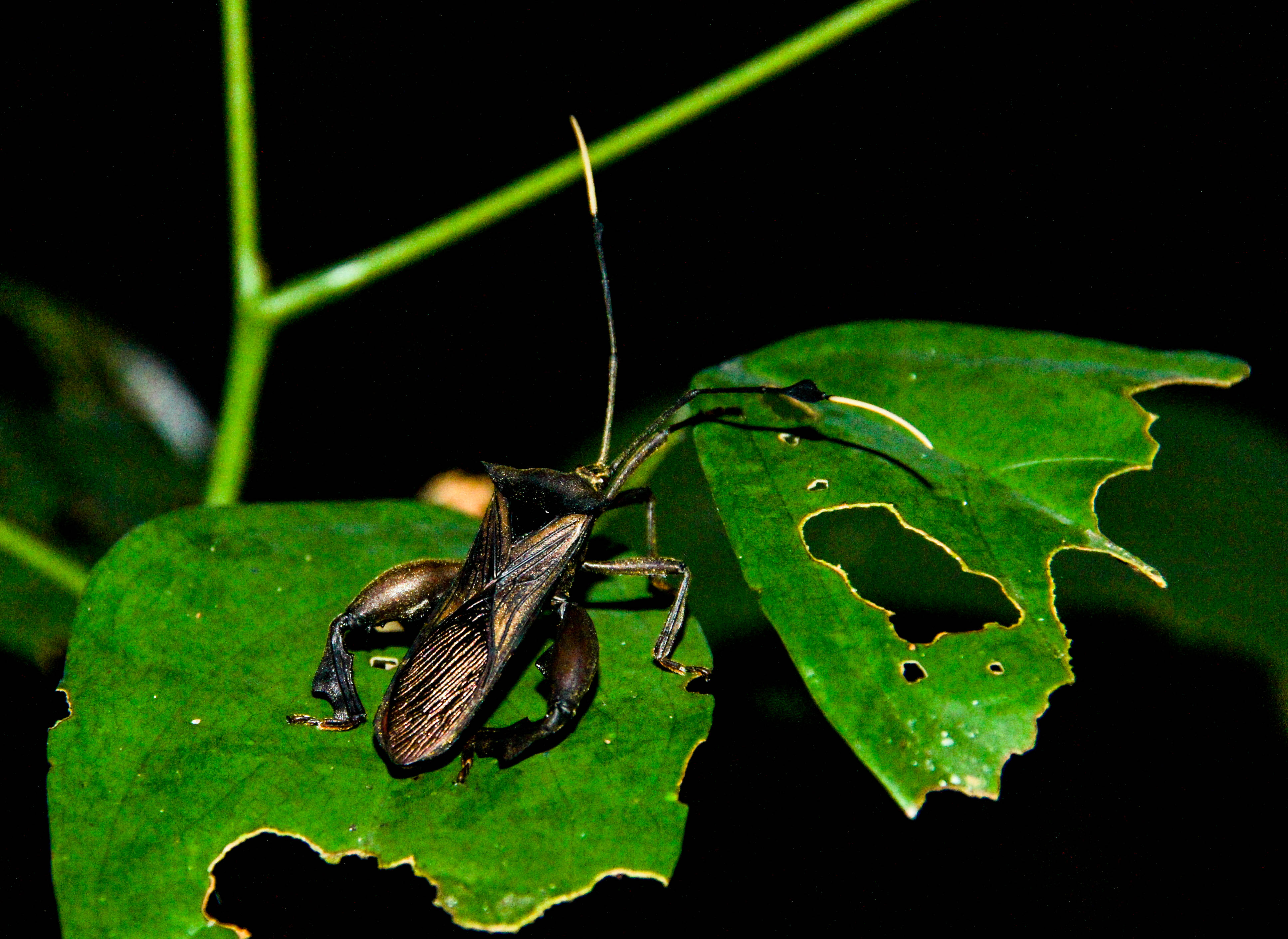 While there were uncountable marvelous animal encounters, I was equally allured to the charismatic African tropical rainforest landscape. Occasionally, we made a short jaunt to a barren, rocky terrain known as the “rocher” where we could enjoy a magnificent tropical rainforest panorama. This particular scenery was shot in the signature BBC documentary, Wild Africa. One of the best times to appreciate the rainforest scenery is during the sunset when you can watch the dimly orange African sun gradually sank into the boundless, serene ocean of trees from the pinkish sky. To celebrate my birthday, I even traveled through the dark rainforest at the midnight just to catch a glimpse of sunrise at the rocher. I waited for the sky slowly growing and; eventually the sun steadily ascent from the tree tops. The beautiful African sunrise did certainly give me a wonderful start of my new year. 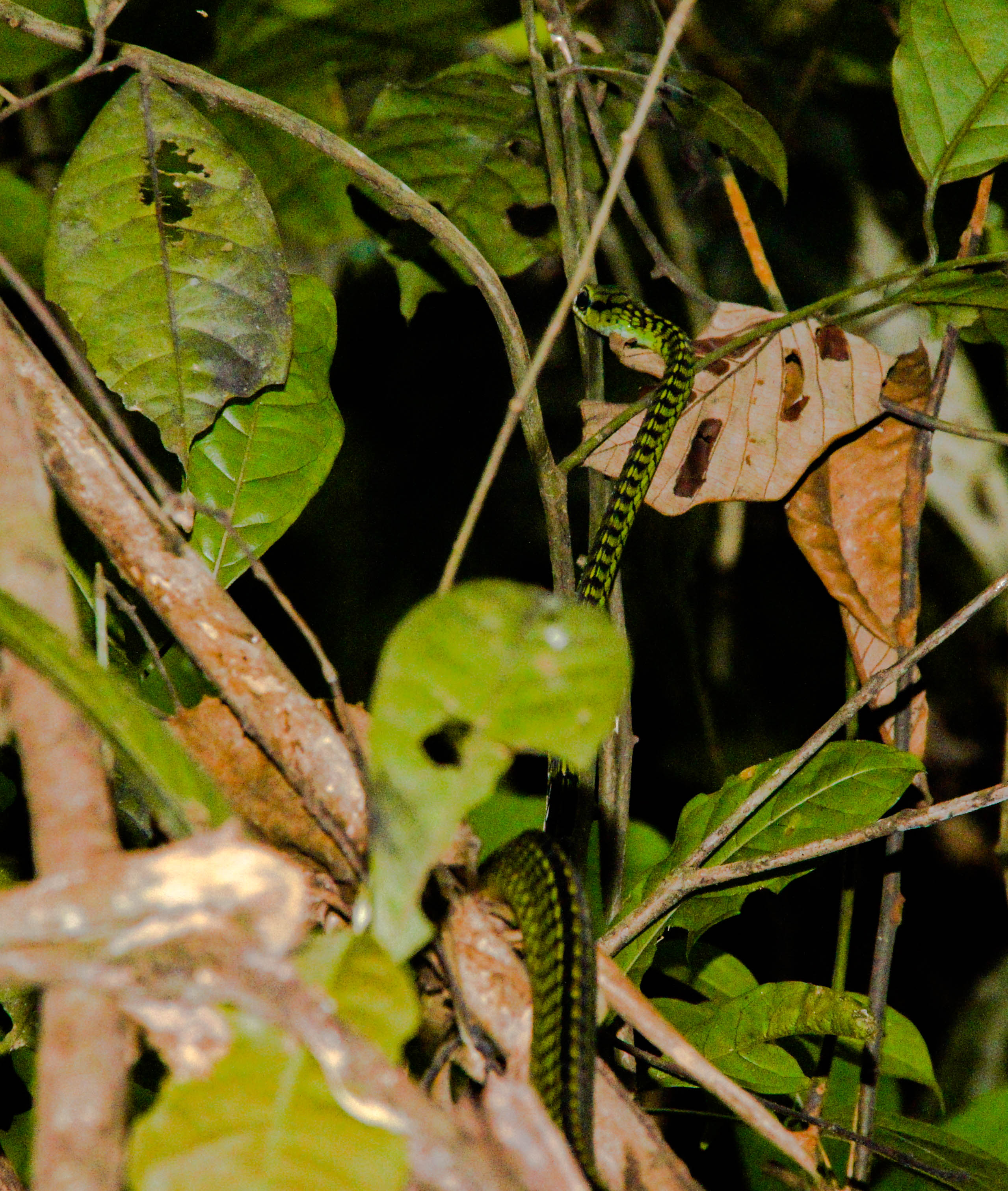 Without the Congo Basin Institute, this wonderful adventure to the remote African rainforest may never be possible.

The Congo Basin Institute is a partnership between UCLA and International Institute of Tropical Agriculture (IITA) to provide a permanent research base in Central Africa. The growing institute provides a much-needed platform for scholars worldwide to address social and environmental challenges in central Africa. It provides opportunities for local talents to solve long-term domestic issues in Africa. With generous supports from different sectors in the globe —including donations from the Leonardo DiCaprio Foundations and partnership from the University of Hong Kong in Asia and Zoological Society of London in Europe, the CBI aspired to be an international Sub-Sahara Africa research center and generated researches for local needs. 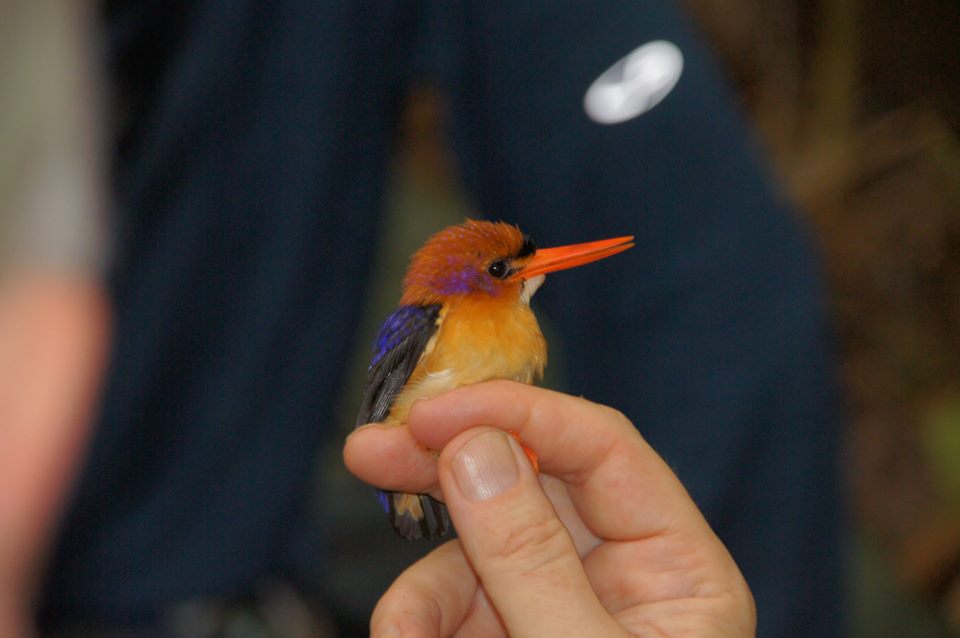 Besides researches in the African tropical rainforest, opportunities from CBI also contain multiple projects from different disciplines. Environmental science undergraduates now gain real life experiences on designing sustainable African ebony (Diospyros crassiflora) logging practice in the rainforest. The African ebony tree is one of the most over-exploit timbers in the world. The current project helps guitar companies to create new sustainable business models to satisfy production needs without driving the species in jeopardy. On the flip side, health science and computer science students help clinics in remote Africa villages to create infectious diseases prevention system. A new software application developed by a UCLA start-up, DataReach, will soon be implemented to prevent communicable diseases in Cameroon and, hopefully, the whole African continent. In the foreseeable future, the team hopes to create a smart surveillance platform to flag for infectious disease outbreak and to extrapolate impact response conclusions using previous data. In consequence, the smart surveillance platform will help to prevent some of the most virulent diseases in the region where medical accesses are limited. By supporting those student projects, the institute gradually turns to be a game-changer in the region.

As a developing institute, the CBI is constantly open for new partnerships with academic institution as well as NGO worldwide. Currently, it also opens for potential projects that serve to improve environmental and socioeconomic condition of Central Africa. 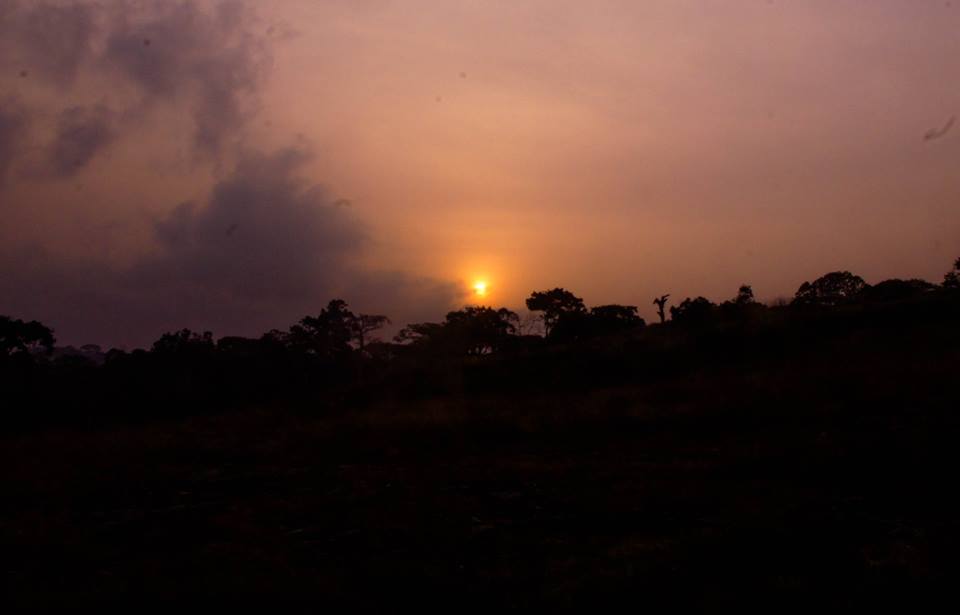